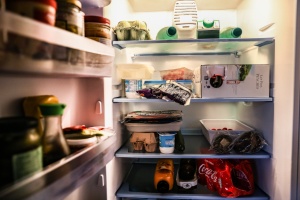 Many commercial refrigerators have positive oil displacement oil pumps whose job it is to help lubricate the internal parts of the compressor to keep the unit running smoothly. Oil pressure plays a huge role in maintaining that smooth running, and it is the oil safety control that is used to keep the pressure at an acceptable threshold. Problems arise when the oil pressure drops, and that is one of the first things that a Sunshine Coast refrigeration mechanic will look at when he or she is trying to discover the issue with a faulty unit.

Mechanics basically have a checklist of things that could cause an oil failure trip, and these are what they look at when trying to find the problem. One of the most common issues is with the compressor oil level, which should ideally be at ¼ to ½ in the sight glass. If the oil level cannot be seen in the sight glass, chances are there is either too much oil or not enough in the compressor. There are several reasons why this may have happened, and it is up to the refrigeration mechanic to find out what is causing the problem.

The oil that lubricates the unit gets returned to the compressor, but when the system piping is faulty, the oil will not be able to do the round trip. The most common issue here is with the suction pipe, which is sloped to allow for the return of the oil. Oil traps and suction risers are another potential issue within the system piping set-up. If the piping system has been improperly installed, either initially or after a repair, then there is a very good chance that oil pressure issues will start to arise with the refrigeration unit.

You might think that adding a new system would have things running smoothly, but you would be surprised at how often issues arise with these new set-ups. One of the most common issues when a new system goes bad is that not enough oil was added at the time of installation. The new systems often come with enough oil to run smoothly from the off, but there can be issues, which is why the oil should be checked by the mechanic installing the new set-up. If the system has been properly stabilized and there are no leaks or other issues, the amount of oil that needs to be added should be minimal.

There are often external factors that come into play, especially in location where seasonal changes are significant. An oil control trip can occur when the system is exposed to those wild temperature swings. This is something that a mechanic can usually discover quite quickly. The same can be said for all of the issues that we have discussed in this piece, as the problems are things that mechanics see on a regular basis. If you are having issues with your commercial refrigeration system, you need a professional to diagnose exactly what is at the root of the problem.